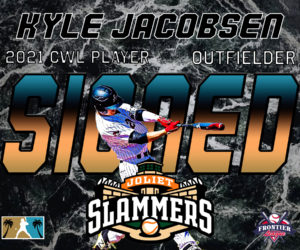 2021 California Winter League outfielder Kyle Jacobsen was signed yesterday, April 28th, by the Joliet Slammers. Jacobsen attended the CWL after playing his college ball at the University of South Carolina and Hillsborough Community College. Originally from Georgia, Jacobsen was a highly touted, toolsy prospect coming out of high school. He was firmly committed to USC, however, which led to him falling to the 33rd round in the MLB draft in 2017 to the Milwaukee Brewers. Jacobsen did not sign with Milwaukee, opting for college instead.

At the CWL, Jacobsen was offered a contract to play in the United Shore Professional Baseball League. The USPBL has been very successful in developing toolsy players and helping them reach the next level through focused training. Ultimately, Jacobsen will head to the MLB-partnered Frontier League to begin his professional career. If he shows the same tools he displayed as an amateur athlete and at the CWL, Jacobsen should have no issues establishing himself quickly in Joliet. 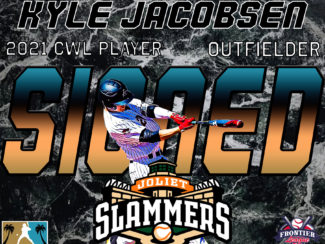