Stan Cliburn recently joined the California Winter League to be an instructor for the upcoming season. He has over twenty years of managing experience and later this year will serve as manager of the Sioux City Explorers of the American Association. Cliburn played baseball at the University of Southern Mississippi and went on to have a four year MLB career. 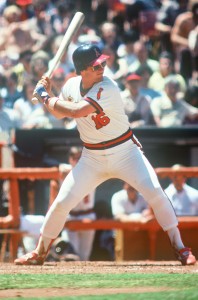 Cliburn was drafted in the fifth round by the California Angels in 1974 and made his MLB debut on May 6, 1980. Over his 4 year career in the MLB, he was a part of the Angels, Pirates and Braves organizations. After his MLB career he became a manger and hitting coach, and has helped developed some of the top players in the game today. Over his twenty year span of instructing, Cliburn has worked with American League MVP’s Joe Mauer and Justin Morneau as well as many other All-Stars in the MLB.

Cliburn was the hitting coach for the Tucson Toros last season where the team’s batting average was .304. Throughout his managing career, he has a record of 1,340 – 1,289 in Class A, AA, and AAA minor leagues.