After all, Hall of Famers who served their country include Ted Williams, Stan Musial, Willie Mays, Joe DiMaggio, Bob Feller, Hoyt Wilhelm and Jackie Robinson. And that’s just to name a few Major Leaguers with ties to the armed forces.

Yet in the 156-year history of the U.S. Naval Academy, it’s never graduated a position player who made the Major Leagues. 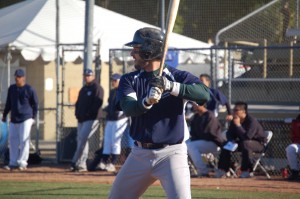 Jonathan Johnston has been a leader on and off the field for the Coachella Valley Snowbirds in the early part of the season in the California Winter League.

Wednesdays Action Provides a Complete Game and a Walk-off victory