Behind the right arm of Matt Walker, the Canada A’s topped the Palm Desert Coyotes 9-2 to claim their first CWL title.

Walker threw a gem, pitching the whole game for Canada while surrendering only eight hits and striking out seven. 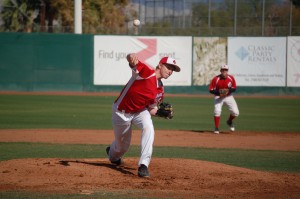 The A’s brought championship caliber bats to the game as well, scoring four runs in the bottom of the first inning and two in the second to take a 6-0 lead.

The Coyote’s bounced back in the top of the third, scoring two runs, one on an RBI double from David Holcombe and the other on an Andrew Martirano RBI groundout.

The game remained close, as Coyote reliever Joe Scumaci was able to hold the Canada offense scoreless for three innings. But the A’s struck again in the sixth scoring three runs—two on a clutch two-out single from Mark Hill—to put away the contest for good.

The Coyote’s never saw another runner advance past second-base, and simply had no answer for Walker. With the win, Walker finishes the year at 3-1 with a stellar 2.19 ERA.

No Coyotes recorded multi-hit games and they stranded nine base runners, which proved to be the difference. In contrast, Canada left only three runners on base.

With the victory, Canada finishes the season with the CWL’s best record at 13-7. The loss cements the Coyote’s record at 12-8. 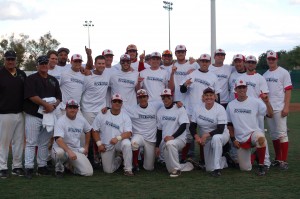