For the second consecutive season, the California Winter League saw over half its players receive contract offers to play professional baseball.

Those signed will be competing in a variety of leagues in a variety of locations. The CWL will be represented in MLB, Japan, and in three different independent leagues, all of which had coaching representation in the CWL. 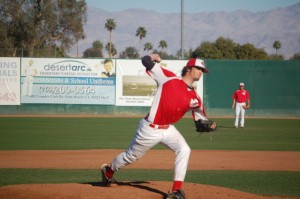 Bryan Wilde, of the CWL's Canada A's, will play for the American Association's Sioux City Explorers

“I’m glad we were able to get guys opportunities to work out and sign with major league teams in addition to independent organizations,” said Assistant General Manager Ben Bernstein.

This marks the second time in two seasons that the CWL has managed to place over sixty percent of its players in professional baseball. Three CWL players—Jonathan Johnston, Keith Castillo and Beau Brett—will enter Spring Training with MLB clubs.