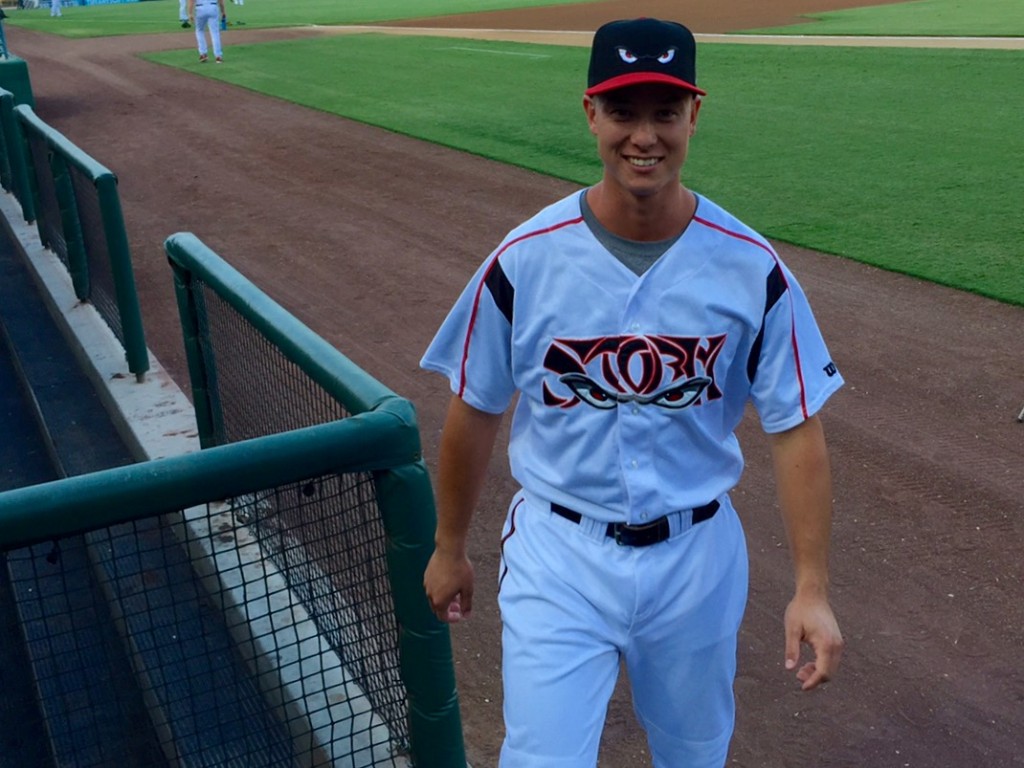 PALM SPRINGS, Calif. –– With the 2016 season heading into its final stretch, the California Winter League would like to extend a warm congratulations to Matt Chavez, an alumni of the 2013 CWL circuit, who in just over two weeks time will report to Spring Training with the San Diego Padres.

Chavez, a slugging first baseman, signed with San Diego in August of 2015 after helping the San Rafael Pacifics to two-straight Pacific Association titles. His 66 game performance with the Pacifics –which included a robust .383 batting average, 31 home runs, 85 RBIs and the 2015 Pacific Association MVP Award– was enough to merit an assignment to the Lake Elsinore Storm of the California League, the Padres’ High-A affiliate.

With the Storm, Chavez continued to impress with the bat, posting an .293 batting average with three home runs, and an imposing .517 slugging percentage across fifteen late season contests.

A native of Burlingame, California, Chavez was selected in the 44th round of the 2010 MLB Draft by the Chicago White Sox as a pitcher, but did not sign. Instead he elected to return to the University of San Francisco, citing his desire to hit rather than pitch, but was not selected in either the 2011 of 2012 MLB Drafts and thus became a professional free agent.

It was then that Chavez decided to seek a contract in the Independent Leagues, which led to his arrival in Palm Springs in January of 2013. He would go on to bat .390 during the 2013 CWL campaign for the eventual champion Coachella Valley Snowbirds, who finished with an impressive 17-3 record.

Following his strong CWL performance, Chavez signed on with the Prescott Montezuma Federals of the Freedom Pro Baseball League for the 2013 season, where he batted .410 with 12 home runs and 49 RBIs, winning the league’s offensive Triple Crown.

In 2014, Chavez played in both the Frontier League and the United League, spent two weeks with the Augusta GreenJackets as member of the San Francisco Giants organization, and ended the season as a part of the 2014 Pacific Association champion San Rafael Pacifics, with whom he remained for the 2015 season.

San Diego Padres position players are due to report to the team’s spring training facility in Peoria, Arizona on February 23, with the first full team workout scheduled for the following day, February 24.