PALM SPRINGS, Calif. – The California Winter League is proud to announce that two of its former players will be starting the 2016 season at Triple-A.

Vinny DiFazio – who was named 2015 American Association MVP while playing for the St. Paul Saints – was picked up by the Los Angeles Dodgers this spring training and earned a spot with the team’ Triple-A affiliate, the Oklahoma City Dodgers. He will start the year on the 7-day disabled list, but we wish him the best of luck once he returns to the field.

Cole Brocker will also be making his Triple-A debut in 2016 after being acquired by the Chicago Cubs organization this offseason. He earned a major league job out of the CWL and struck out 36 batters in 33.1 innings across three different minor league levels in 2014 and 2015. With his hard-throwing style, Brocker projects to be a reliever and could find himself called up to the majors if the Cubs’ current relievers struggle or go down to injury.

Taking a look at this past CWL season, we had P Evan Crower join the Philadelphia Phillies organization as well as P Kevin Lenik being picked up by the Texas Rangers and starting the 2016 season with the Hickory Crawdads.

You can view a full list of 2016 CWL professional contract signings here. 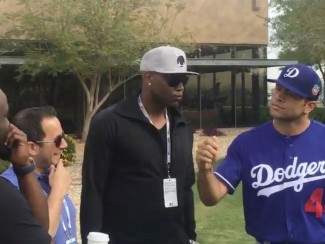