The Windy City ThunderBolts (of the Frontier League) are off to a great start in 2016. They have amassed a 9-2 record and are currently in first place in the East Division. A big part of their success has been a pitching staff that contains five former CWL players.

The five pitchers can’t receive all the credit, as the team has performed well as a whole to this point. ThunderBolts manager Ron Biga has done a great job of bringing this team together. He too has a tie to the CWL, acting as one of the league’s instructors for the past three seasons.

The California Winter League is proud that their alumni continue to have success in the Frontier League and across all independent leagues. We wish them continued success going forward. 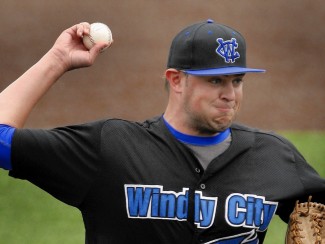