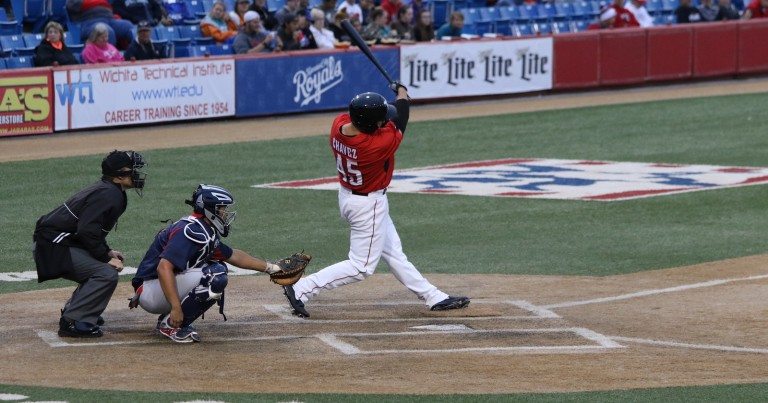 Chavez entered the final day of the regular season with a one-point lead in the race over teammate Harrison Kain, and with his 3-for-7 performance in Monday’s doubleheader at Laredo, just edged Kain out by a point, .359 to .358.

In addition to his league-leading average, the former San Francisco Don had an outstanding offensive season in several other categories in his first year with the Wingnuts. Chavez tied for second on the club with 16 home runs, and drove in 61 runs in 68 games.

The 27-year old also added 23 doubles, helping him to finish with a league-high slugging percentage of .633, which was 85 points higher than second place. Chavez also finished third in the league in on-base percentage, reaching base at a .421 clip.

Chavez participated in the 2013 CWL season and turned his opportunity into a professional contract. He continued working his way up the professional ladder, even reaching spring training with the San Diego Padres. The CWL is proud of Matt’s success and the accolades he continues to receive at the professional level.

Perserverance Leads to Opportunity with Padres for Former CWLer 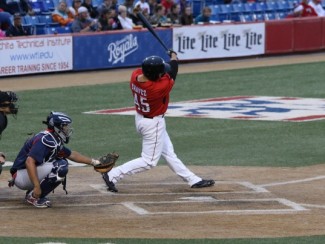