Carminucci currently serves as a Professional Scout/Independent League Scouting Coordinator for the Arizona Diamondbacks after previous scouting experience with the Kansas City Royals and Philadelphia Phillies.

Chris’s professional managerial debut was in 2004 with the Bangor Lumberjacks of the Canadian-American League. He was named the Can-Am League’s Manager of the Year in 2009-10 when he led the Brockton Rox to their highest win total in club history. 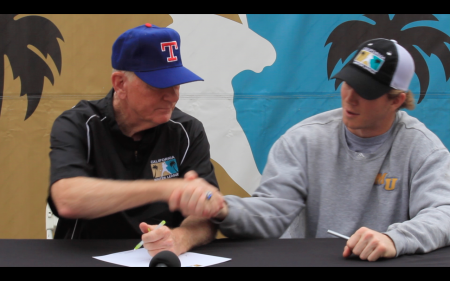 Mike Garcia is currently an area scout for the Philadelphia in the Southern California, focusing on the large crop of high-level amateur talent the region has to offer. He is responsible for building reports on the area’s talent and assisting the Phillies’ front office in their preparations for the MLB Rule 4 Amateur Draft in June. Garcia comes to the CWL every season due to the high volume of players from outside of the area who could potentially interest the Phillies organization. 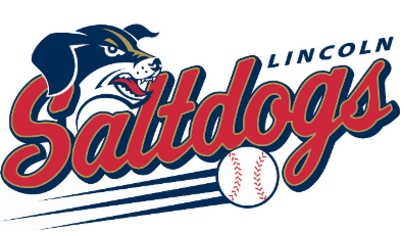 Brown has 19 years of professional baseball experience as a player, coach, scout and manager. This is his sixth season with the CWL.

Brown’s expertise in the art of hitting is why the CWL brought him on to serve as the league’s Hitting Coordinator.

2017 will be Biga’s fifth season managing the Windy City ThunderBolts of the Frontier League, and his 17th season overall in professional baseball. In 2015, he managed the Canada A’s to the CWL Championship. In addition to his duties with the ThunderBolts, Biga is also a Special Assignment Scout for the Arizona Diamondbacks. He will serve as the CWL’s Pitching Coordinator for the 2017 season.

Dan Rohn played 13 years of professional baseball including 3 stints in the majors. He then began coaching Minor League baseball in 1990 as hitting coach of the Portland Beavers, (AAA Minnesota Twins). He spent the next 23 years in baseball working in many facets and was named Manager of the Year on four separate occasions.

Rohn has already experienced success managing in the Frontier League, leading the Traverse City Beach Bums to a 2015 Frontier League Championship. He did that with the help of players he signed directly out of the 2015 CWL season. As for 2017, Rohn will serve as the league’s Fielding Coordinator.

Roth joins the Crushers from his position as Pitching Coach for the Schaumburg Boomers, where he served on Manager Jamie Bennett’s staff for three years. The former Baltimore Orioles draft pick and left-handed pitcher, retired from competitive baseball following the 2012 season due to multiple back surgeries.  Since that time the Newport, Virginia native has served as Bench Coach, Hitting Coach and Pitching Coach for the Boomers. In 2016, Roth was named the manager of the Crushers.

O’Sullivan, the reigning Frontier League Coach of the Year with the Southern Illinois Miners, joins Jamie Bennett’s staff as the Boomers’ hitting coach in 2016. After coming to Southern Illinois from Rockford last year, “Sully” helped guide the Miners to a .270 team batting average that ranked third in the Frontier League while his troops were also top-five in the league in runs scored. Originally drafted in the 34th round of the 1999 MLB Draft, the former New York Mets and Baltimore Orioles farmhand finished his career with an exceptional .317 average over 12 professional seasons. Over six Triple-A seasons he hit .322 with 90 home runs. When he retired as a player at the end of the 2010 season, he was 13th on the active minor league home run list with 200.

In the 2015 season, Pelfrey led a team that was nine games under .500 at the All-Star Break to the postseason. The Freedom won 14 of their last 20 regular season games, but fell in the Frontier League Wild Card Round to the River City Rascals 6-5.

Pelfrey also played six seasons of professional baseball from 1999-2004 after a collegiate career at Northwood University in Texas. Most of those six seasons were spent in the Frontier League as Pelfrey manned multiple infield positions for the Dubois County Dragons, Kenosha Mammoths and the Springfield/Ozark Ducks.

Day, 67, is in his fifth season as an assistant coach with the Otters. He was the Frontier League Coach of the Year in 2012, his first year back in Evansville. Boots played Major League Baseball as an outfielder for the St. Louis Cardinals, Chicago Cubs and Montreal Expos during his six-year stint. In 1971, his best season, Day hit .283 with four home runs and 33 RBI for the Expos. Day also played for the Evansville Triplets from 1975 to 1978. After his playing days, “Boots” managed the Detroit Tigers’ rookie team, the Otters and teams in the Cleveland Indians’ minor league system. The New York native has also been a hitting instructor for the Cardinals and Kansas City Royals organizations, as well as the hitting coach most recently for the Normal CornBelters of the Frontier League in 2011. Day’s team in 2011 had the second best batting average and recorded the second most hits among all Frontier League teams. He guided the Otters to a 31-38 record as the franchise’s first manager in 1995. Boots led the Manitoba North Stars to a CWL Championship in their inaugural season in 2016.

Cotner spent the early part of his career in baseball serving as a scout for the Houston Astros and the San Diego Padres. After moving to Illinois, he began his coaching career at the high school level before becoming a coach at Parkland College. In 2016 Cotner began his professional baseball coaching career as the pitching coach for the Normal CornBelters of the Frontier League. He will resume that role in 2017 as well as make his 2017 debut as an instructor at the California Winter League.

Dill is the Scouting and Player Acquisition Coordinator for the Southern Illinois Miners of the independent professional Frontier League. He also is an Associate Scout for the Atlanta Braves. Casey is a graduate of the Scout School hosted by the Major League Baseball Scouting Bureau and has worked in player procurement in different levels of professional baseball the past 5 years. He has scouted and recruited hundreds of professional baseball players and has helped build several professional championship rosters. 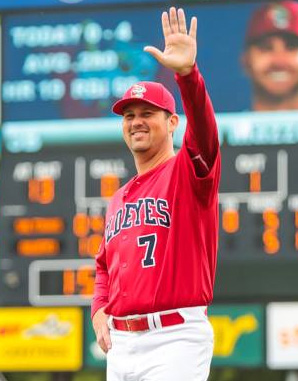 Tom Vaeth, born July 13th, 1972 in Baltimore, Maryland, enters his 14th season in a coaching role with the Winnipeg Goldeyes. In addition to serving as the team’s hitting coach, Vaeth has held various other roles on the staff, including first base coach, third base coach, batting practice pitcher, and bullpen catcher—all while spending an increasing amount of time in player procurement. Vaeth has helped the Goldeyes move contracts of 12 position players to MLB organizations during his time with the club.

Paul Noce has been actively involved in the game of baseball for over 33 years, including two stints in the Major Leagues with the Chicago Cubs (’87) and Cincinnati Reds (’90). In 1986, Noce was selected as a Topps All-Star shortstop for his play with the AA Pittsfield Cubs, a MiLB affiliate of the Chicago Cubs.  A proven winner, he was a member of the AAA World Series-winning Indianapolis Indians (a Cleveland Indians minor affiliate) in 1988 and the 1990 World Series Cincinnati Reds. After a successful career as a player, he served as a minor league instructor and manager with the Pittsburgh Pirates organization before moving on to the collegiate ranks. In 1994, he took the reins as Head Coach at Hillsdale College in Adrian, Mich.  Over the next 20 years, Noce would win nearly 350 games. In 2012, he was inducted into the Peninsula Sports Hall of Fame in San Mateo, Calif. 2017 will be his first season with the California Winter League.

Chris Newell has served in professional baseball since 1997 as a player, manager and scout.  After a successful college career at Northwest Missouri State University, Newell played professional baseball in 1997 and 1998, earning a Gold Glove as a second basemen for the Kalamazoo Kodiaks in the Frontier League.  After retiring as a player, he began his scouting career with the Tampa Bay Devil Rays, spanning from 1999 to 2005. In 2003, Newell made his professional managing debut with the Kalamazoo Kings of the Frontier League, making him the youngest manager in professional baseball that year.  Since 2006, he has scouted for the New York Yankees. Through his private instruction, Newell has trained 44 players who have either been drafted professionally or signed professional contracts, including: MLB All-Star DJ LeMahieu and 2015 Tampa Bay Rays draftee Jacob Cronenworth. 2017 will be Newell’s first season with the California Winter League.

Dan DiPace is an independent league veteran of over 16 years and served as a scout in affiliated baseball when he was an Associate Scout for the Atlanta Braves and Montreal Expos. As a player, DiPace signed as a shortstop for the Los Angeles Dodgers in 1963.

DiPace currently serves as the Director of Player Procurement for the San Rafael Pacifics of the Pacific Association. He is in charge of discovering and signing talent for the Northern California based league.