On Wednesday, February 1, the players of the California Winter League were treated to an appearance by former Los Angeles Angels, San Diego Padres, and Kansas City Royals first baseman Wally Joyner. The 1986 All-Star came during lunch and gave a speech and hitting demonstration to the players. Joyner batted .290 with 22 home runs and 100 RBI in his rookie season, finishing second in the MLB Rookie of the Year voting. He followed that up with an impressive 34-homer, 117-RBI season in 1987. Here are some pictures from Joyner’s visit to Palm Springs. 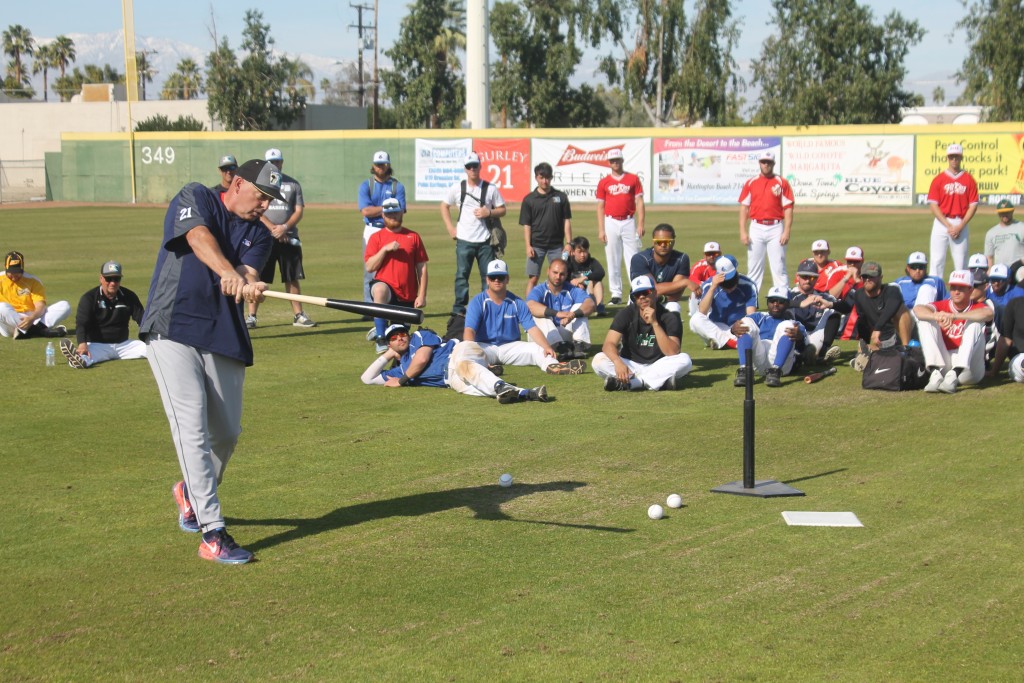 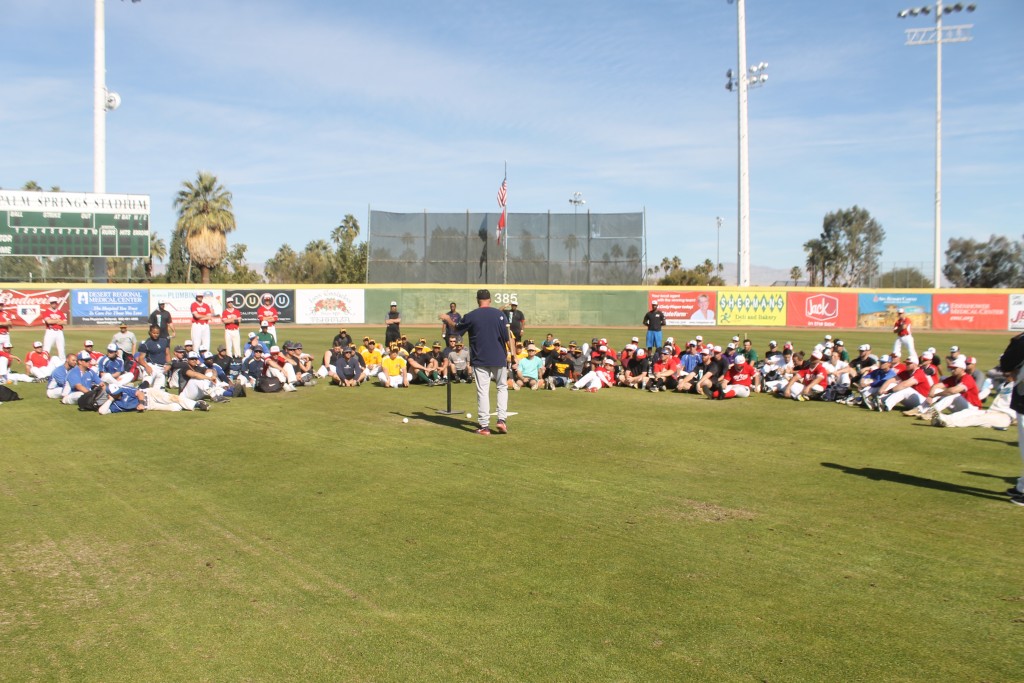 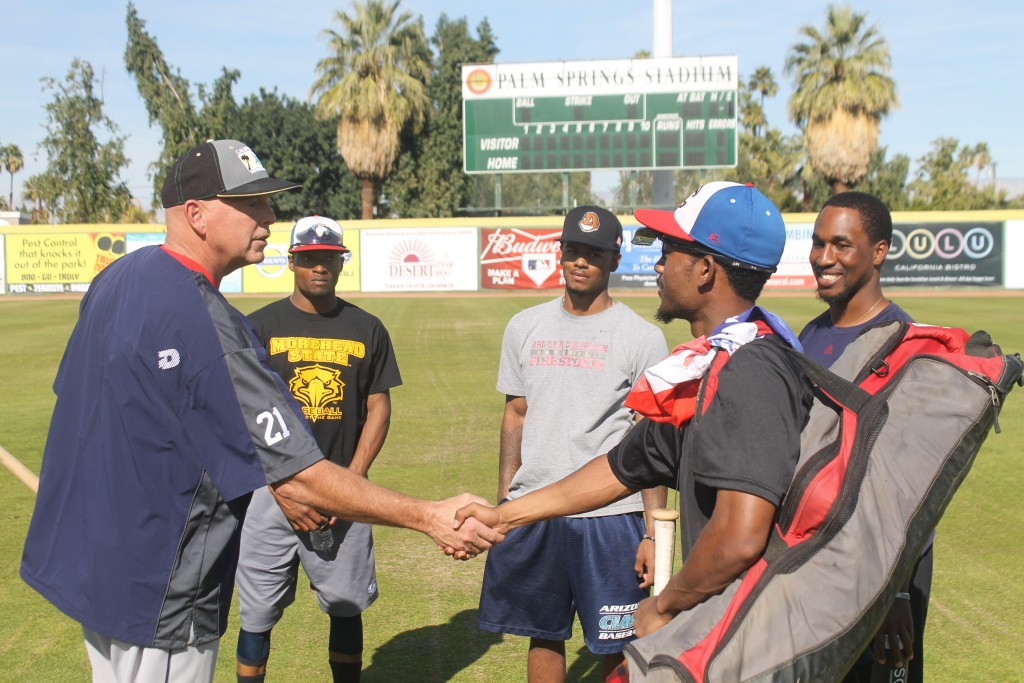