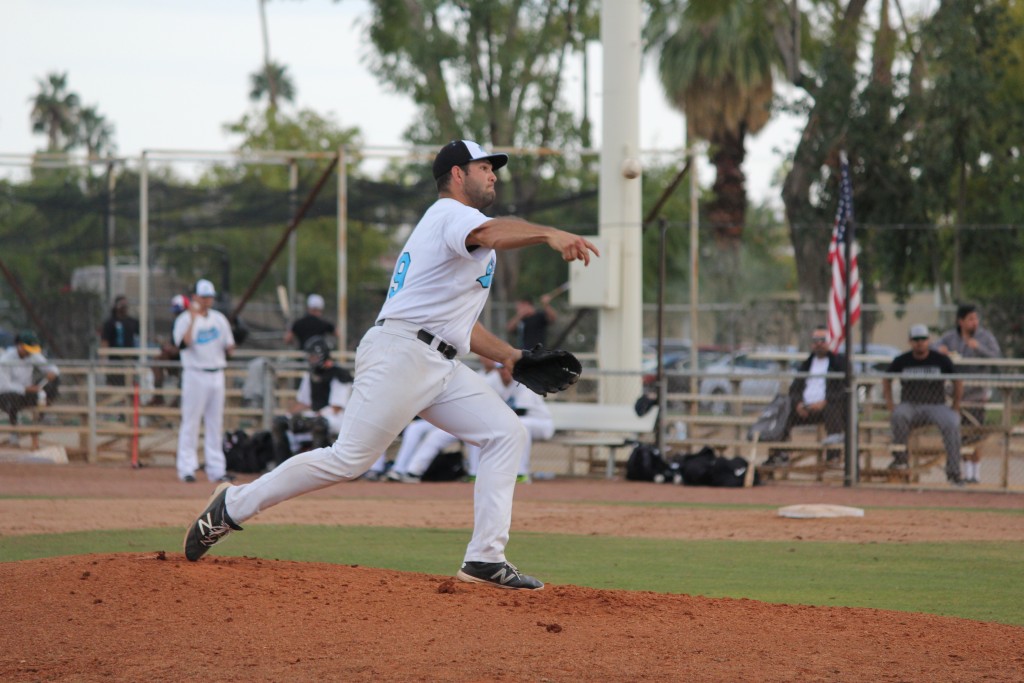 The bats were alive all around the California Winter League as five of the ten teams in action today scored at least five runs. Palm Springs also turned into a launchpad as there were a combined seven HRs on the day.

The Oregon Lumberjacks (6–6) and the Manitoba North Stars (4–9) got the baseball action started at Palm Springs Auxiliary Field.

d’Aundray Van Slyke got it started in the top of the first inning with a two-run double scoring Thomas Roulis and Ozzy Braff to give the Lumberjacks a 2-0 lead.

Manitoba got one in the third on a sacrifice fly from Andres Coll and then an RBI single by Lorenzo Wright in the fourth to tie it at 2-2. In the bottom of the fifth, thanks to an error and a single by Jordan Thomas, the North Stars suddenly had a 4-2 lead.

Joseph Webb, starter for the North Stars, gave up the early two runs, but was able to keep Oregon off the board in his final four innings of work. In total Webb would go five innings, striking out seven and allowed just two runs, earning the win. Chihaya Sakurai went the final two innings, allowing one run, but also getting the save as Manitoba would win 6-3.

The first game at Palm Springs Stadium featured the Toronto Rush (8–5) and Hit King (5–5–1) in a game that came down to the wire.

With Hit King trailing 1-0, Cody Lovejoy launched one off the scoreboard with two runners on, giving his team a 3-1 lead, one they would never relinquish. Hit King got two solo shots in the next two innings from Nick Murphy and Shao-Pin Ho, the latter giving them a 6-3 lead.

Toronto would cut the lead to one in the top of the sixth, but Jarrett Martin got a 1-2-3 inning in the seventh to clinch the save and Hit King came away with a 6-5 win as Connor Kelly earned the win.

Game two at the Auxiliary Field matched up the Coachella Valley Snowbirds (4–8) and the New York Colonials (8–3–1).

The Colonials took a 3-1 lead in the bottom of the first on a single by Kalani Brackenridge that scored three because of an error committed by the Snowbirds defense. Jack Craft was the key hitter for the Colonials on the day. He totaled three RBIs on a double and a two-run HR, which was the first round-tripper of the season for Kraft. Jonathan Crank hit a solo HR in the sixth to move him solely in first place in the league with four, but his team would fall short. Zach Kronick earned the win for New York as they walk away with a 7-2 victory.

The second and final game at the main field was a nail biter as the Palm Springs Chill (9–2) took on the British Columbia Bombers (5–6).

Elijah Briseno got the scoring started on a sacrifice fly, giving the Chill a 1-0 lead in the top of the third. They got a couple more in the next inning and took a 3-0 lead heading into the bottom of the fourth.

The Bombers came back in that inning, getting a two-run single from Jonathan Collins to get within 3-2. They would tie it up at 3-3 in the bottom of the fifth after Ricky Lipman ripped an RBI double, scoring Brad McQuinn.

The game headed into the seventh tied at three when Briseno smoked one over the right-field wall to give his team a 5-3 lead. British Columbia got one in the bottom of the seventh, but would ultimately come just short in a final score of 5-4. Joe Mello was given the win for Palm Springs while Jose Flores earned the save as the Chill increased their league-high winning streak to six.

The final game of the day pitted the Washington Blue Sox (2–10) against the league-leading Palm Springs Power (10–2).

Marquis Kidd hit a double in the bottom of the second to give the Power a 1-0 lead. Nicholas Buckner got the RBI ground out in the next inning and that would be all the Power pitchers would need.

Starter Cody Beck, who got the win, went four shutout innings, striking out five and allowed just one hit. Adam Falcon and Tyler Miller would combine to shut the door out of the pen, allowing one an unearned run and one hit. Miller was credited with the save as the Power win 4-1, becoming the first California Winter League team to reach double-digit wins.

There will be plenty more baseball in the California Winter League tomorrow with five games taking place at the Palm Springs Stadium facilities:

Fans don’t forget that with tomorrow being Saturday it will be $1 Beer Day. All Bud and Bud Light draft beers are just $1! 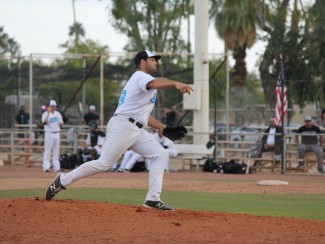