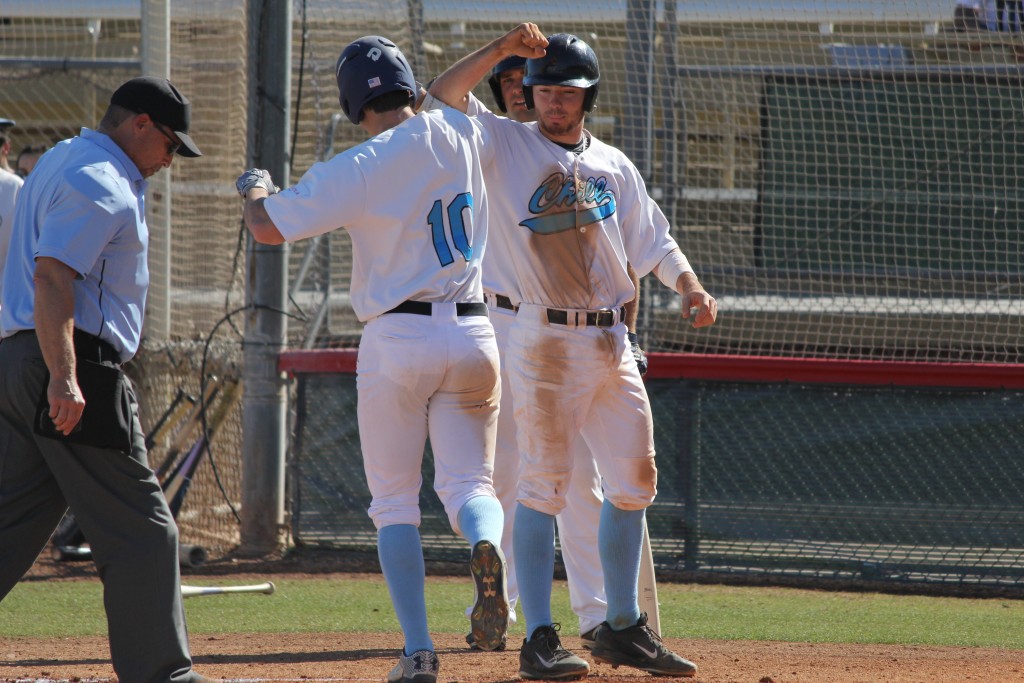 Saturday featured one of the most important games of the California Winter League regular season as the Palm Springs Power and Chill battled it out for first place overall with only three days of action left in the regular season.

Power starter Payton Lobdell had dominated in his first three outings, and hadn’t allowed a hit in his last nine innings. The Chill turned the table on Lobdell scoring nine runs against him to jump out to an early 9-1 lead. The biggest inning came in the fourth when the Chill scored five to blow the game open. Jake Luce, Matt LoCoco, and Elijah Briseno all drove in runs in the inning to chase the starter Lobdell.

The Power mounted a comeback in the late innings, but two doubles by Shane Gonzalez in the sixth and seventh innings put the game away for good. Gonzalez finished 4-for-5 with four driven in. Starter Ricky Schafer was solid as a starter in his four innings of work to earn his fourth win of the season. Schafer allowed only one run on four hits in those innings.

The Oregon Lumberjacks (7-6) rallied for four runs in the third inning and cruised to a 5-0 win over the Alberta Grizzly (3-10) to break a three-game losing streak.

Starting pitcher Zachary Albin ran into a wall in the third. The Grizzlies showed great patience by drawing four walks in the inning. Left fielder d’Aundray Van Slyke drove in the biggest hit in the inning when he singled in two runs.

The Grizzly offense could not get in gear against the Lumberjack’s staff mustering only four hits in the game. Michael Eagan earned his second win of the season as a starter. Eagan pitched five innings allowing five hits and no runs while striking out five.

The British Colombia Bombers (6-6) offense exploded for six runs in the second inning to back up a solid outing from Mark Burnside in a 10-1 win over the New York Colonials (8-5).

Devin Spurgon and Jaron Dorchinez delivered the biggest hits in the third in the six-run rally. Spurgon knocked in a pair with a double, and Dorchinez tripled to clear the bases, blowing the game wide open.

The offense provided more than enough support for Mark Burnside as he pitched five solid innings allowing only one run on one hit while striking out three.

Prashad pitched six shutout inning allowing only one hit while striking out six batters and allowed only two base runners in the game. The A’s offense finally broke through in the sixth inning to give their starter the win.
With one out in the sixth Daniel Hoy singled to start the rally. With two outs, Keifer Quick launched a two-run home run to give Canada the only runs they would need to back up their pitching staff.  Richard England closed it out in the seventh to earn the save.

The Washington Blue Sox (3-10) slugged their way past the Coachella Valley Snowbirds in an 11-4 victory. The Blue Sox offense had big innings in the second, fifth, and sixth to fuel the offense.

Kyle Reese got the offense going in the second inning with a three-run homer to get the Sox on the board. The Sox never looked back from that moment on in the game. Tony Holton and Joshua Combs added doubles in the fifth and sixth innings to put the game out of reach. Combs lead the offense going 3-for-3 with 2 runs scored and an RBI.

The California Winter League season will resume Monday, February 6 after a scheduled off day Sunday. Monday will be Local’s Day at Palm Springs Stadium. All fans with a valid Coachella Valley ID will get into the park for only two dollars. The first game at Palm Springs Stadium will start at 10:00 a.m. Tickets will be available at the box office prior to the first pitch. 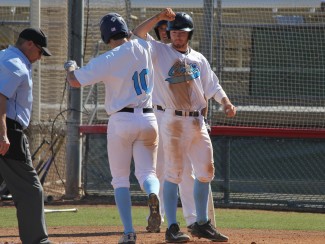