CWL Playoff Recap 2/9/17: No Upsets as Top Seeds All Advance to Round Two 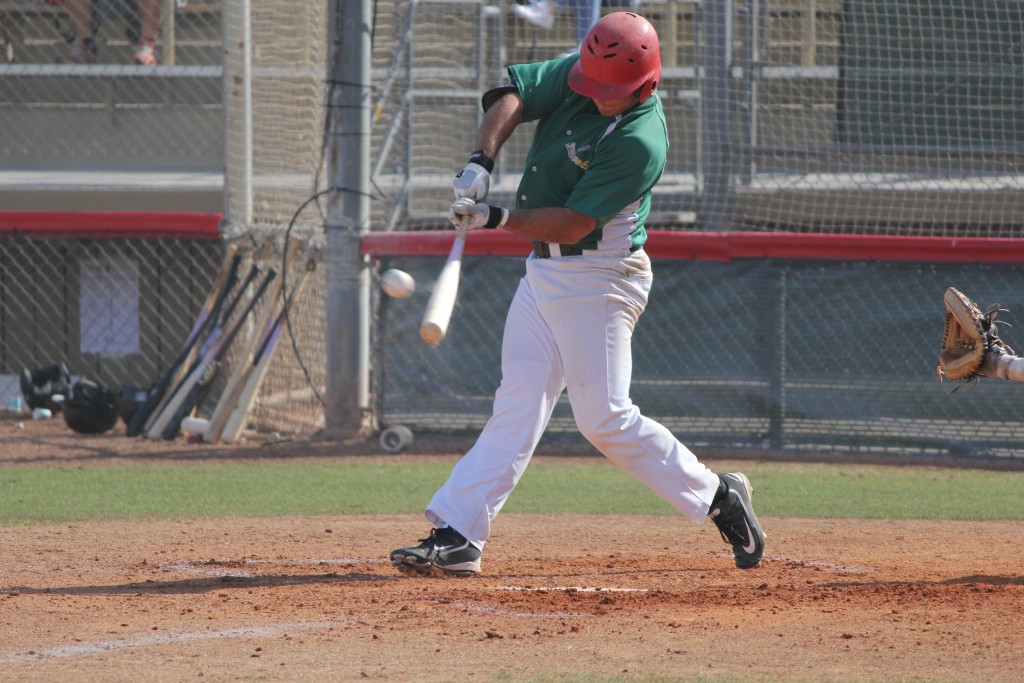 Thomas Roulis of Lumberjacks rips a double in 9-6 win over Grizzly. Photo by Steve Sitter.

No Upsets as Top Seeds All Advance to Round Two

It was a beautiful day for baseball in the Coachella Valley, as if Mother Nature was giving her blessing for the beginning of the 2017 California Winter League postseason.

Game one on the first day of the playoffs matched up the (9) Manitoba North Stars and (8) Hit King.

Hit King got three on the board in the bottom of the second on a triple by Ryan Garvey that scored two and a wild pitch that later scored Garvey from third base. Hit King would score one more in the third and would lead 4-0 heading into the fourth inning.

The Manitoba North Stars made a valiant effort to try and come back. After scoring one in the top of the fifth, Manitoba got to within 4-3 thanks to back-to-back doubles in the seventh by Ryan Zahornasky and Bobby Dragon.

The North Stars would put the tying run on base, but Jarret Martin would come in, striking out the final two batters, to earn the save and clinch Hit King a 4-3 victory as they will advance to round two.

Brandon Maddern, who got the start, went five strong innings, striking out seven batters, while allowing just one unearned run, as he earned the win to improve to 3-1 on the season.

Game two at Palm Springs Stadium between the (11) Washington Blue Sox and the (6) British Columbia Bombers turned out to be a blowout.

The Blue Sox would grab an early 1-0 lead in the top of the first thanks to a RBI single by Brett Gemmell, but the Bombers would bat around in the frame as they scored five, capped off by the grand slam by Ricky Lipman.

Washington would score a couple more in the next inning, cutting into the lead at 5-3, but the Bombers would bat around again, scoring five more, making it 10-3.

After the dust settled, British Columbia would bat around in four different innings, collecting 16 total hits as they ran away with it in a 22-4 victory.

Lipman, who came in with six RBIs on the season, was the player of the day, registering seven RBIs in the game. Mark Burnside, who went four innings and struck out three, earned the win.

Game three on the day featured the (10) Coachella Valley Snowbirds and the (7) Canada A’s.

Mike McClellan got the scoring started with a two-run home run in the bottom half of the second. William Krug in that inning also had a two-RBI double. Krug was the best hitter for the A’s as he went 3-for-4 with that double, a triple and also totaled four RBIs. It would be 5-0 Canada after two innings. The A’s would score three more in the fourth to take an 8-2 lead that lasted into the sixth inning.

The Snowbirds mounted a comeback to try and make it interesting. Coachella Valley got one on an RBI single from Tevin Padgett in the top of the sixth and three more in the top of the seventh. John Menken had a two-run single and Eric Frain walked with the bases loaded in that seventh inning.

In a game that was 8-6, the Snowbirds had the bases loaded and just one out, but reliever Richard England got a flyout and a groundout to end the threat and clinch the A’s a spot in the second round.

Adam Prashad was effective as the starter, pitching into the seventh inning, as he allowed just three runs (two earned) and striking out five to move to 5-0 on the season.

The final game occurred at the main field and was between the (12) Alberta Grizzly and the (5) Oregon Lumberjacks.

The Grizzly offense started out hot, scoring three in the top of the first inning on four straight singles to start the game. Devin Clifford brought in the first run and CWL RBI-leader Joshua McAdams brought in two on his base hit.

It was a short-lived lead for the Grizzly, however, as the Lumberjacks got four in the bottom half of the first on back-to-back walks with the bases loaded from Tyler Walter and Stone Osborne. Ryan Rinsky would then get the base hit to score two more and it was 4-3 Lumberjacks heading into the second.

Oregon would add to their lead in the top of the second inning on a blast off the bat of d’Aundray Van Slyke that made it 6-3. After a couple of errors followed back-to-back singles from Cole Loncar and Ozzy Braff, it would be 8-3 in favor of Oregon.

That 8-3 deficit would prove too much for the Grizzly as they would ultimately fall 9-6. They would get the tying run on-deck with just one out in the top half of the seventh. James Simms hit a two-run double in the inning, but Nathan Suyematsu would get the final two on a groundout and a strikeout, securing the victory. JD Little allowed the three early runs to Alberta, but was able to keep them off the board during the rest of his outing, while also striking out seven, in his 4.1 innings to earn the win.

Tomorrow will be round two of the CWL Playoffs as all winner’s from round one will match up against the top four teams that had earned a bye.

Don’t forget fans, that with tomorrow being a Friday, it will be Canada Day! All fans with Canadian IDs get in the gates for just $2!

CWL Recap 2/10/2017: Top Seeds All Prevail as CWL Prepares for Semi-Final Round 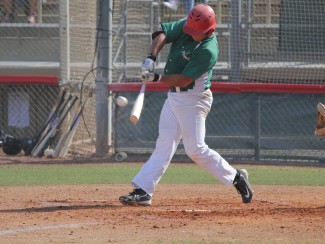