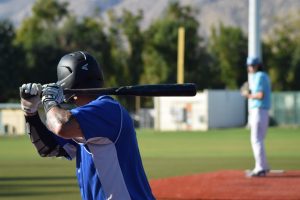 For many of the 200-plus players in the CWL, professional baseball is working its way closer on the horizon. Although the showcase league is particularly focused on moving individuals forward in their respective professional careers, the Washington Blue Sox are able to collectively celebrate an achievement they have been working toward since January 22nd.

Carson Lee may have put it best in his postgame comments following his 3-for-4 performance with four RBIs, a stolen base and a run scored.

“It doesn’t matter what league it is – you always play to win,” Lee said. “The first day we got together and said, ‘Let’s win this whole thing.’ Now we’re here, we won and it feels awesome. I love it.”

Lee is one of the several Blue Sox who have taken on an approach instilled by manager Winston Abreu to go out and enjoy. For Abreu, his first experience in the California Winter League resulted in a title.

“I’m real happy,” Abreu said following the win. “I’m really, really happy for them. And for me too in my first year here. We came here and we put them all together like a family. I always tell my players, ‘enjoy the game and everything will be good.’ That’s the most important thing.”

Abreu and the Blue Sox benefited from an added arm in their bullpen in the form of Kane McCall following the elimination of the Oregon LumberJacks. The move proved to be pivotal, as McCall allowed just one run on two hits and got the win in 4.2 innings of relief.

After being shutout through the first five frames, Washington’s offense erupted in a big way in the sixth. KC Huth led off with a base hit, and Marc Culmer followed with a massive two-run home run to cut the deficit to one.

“I was looking for a good pitch. I wasn’t trying to do too much to it and it went out,” Culmer said. “My approach has been the same — just get good pitches, stay within myself and hit line drives.”

Then, in back-to-back frames, Lee took the dish in run scoring opportunities. Lee converted in the sixth with a two-RBI single to give the Blue Sox a 4-3 lead, and came through again in the seventh with another two-RBI single.

“I was just looking for pitches up that I could drive to give the team a chance to score,” Lee said. “I just tried to be aggressive and I just swung and luckily, they found some holes.”

The celebration is on for the Washington Blue Sox, as they represent the California Winter League as Champions of 2018. The win effectively means the season is at its conclusion.

Both Lee and Culmer shared what can be applied to nearly all the CWL participants this year. Overall, the season was an experience that will be cherished as they move on to the next chapter of their lives.

“The CWL was a great experience just to get in front of all these coaches,” Lee said. “Then, honestly, playing with this group of guys was one of the best that I’ve played with. It’s kind of sad that we were only able to play together for a month, but they’re awesome and that’s why we’re champions.”

“We have a group chat going and I’m sure guys are going to continue contacting each other for hopefully the rest of our lives,” Culmer said. “It was awesome.”