While he was at the California Winter League, Gotsis played in five games for the Alberta Grizzly. He posted a 1.52 ERA in 23 innings of work. He had 33 strikeouts, two walks, and allowed 18 hits.

The  6’0 , right handed pitcher from Phoenix, Arizona signed with the Eastside Diamond Hoppers of the United Shore Professional Baseball League. With the Diamond Hoppers, Gotsis lead the league with four wins, and notched, on average, 8 strikeouts per game. He posted a 3.35 ERA during his time in the USPBL.

The 23 year old , USPBL All – Star, received the call from the Rockies on August 9, becoming the sixth player in the USPBL this season to ink an affiliated deal. He has joined the staff in Grand Junction, competing in the Pioneer League. Gotsis has pitched in two games thus far, working in 5.1 innings, striking out four, and keeping hitters to a .167 batting average.

The goal of the California Winter League is to get players signed to professional contracts before spring training begins as well as help each athlete develop before they report to their professional teams. Players work directly with Major League Baseball scouts and independent league managers for a month in Palm Springs, CA. Over the last 10 years, the CWL has seen over 700 professional contracts offered to its players. Whether you are a professional player looking to get a jump on the competition before reporting to spring training or you are right out of college and looking to jump start your professional career, the CWL will help you GET BETTER AND GET SIGNED!

Our 2020 CWL season runs from January 20th – February 17th. For information on how to Join the CWL for 2020, visit www.californiawinterleague.com/join-the-cwl. 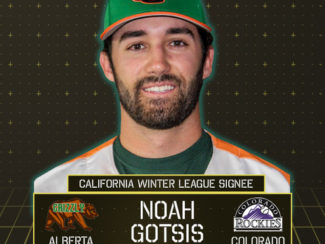 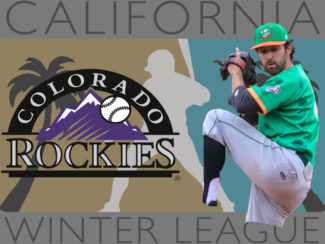