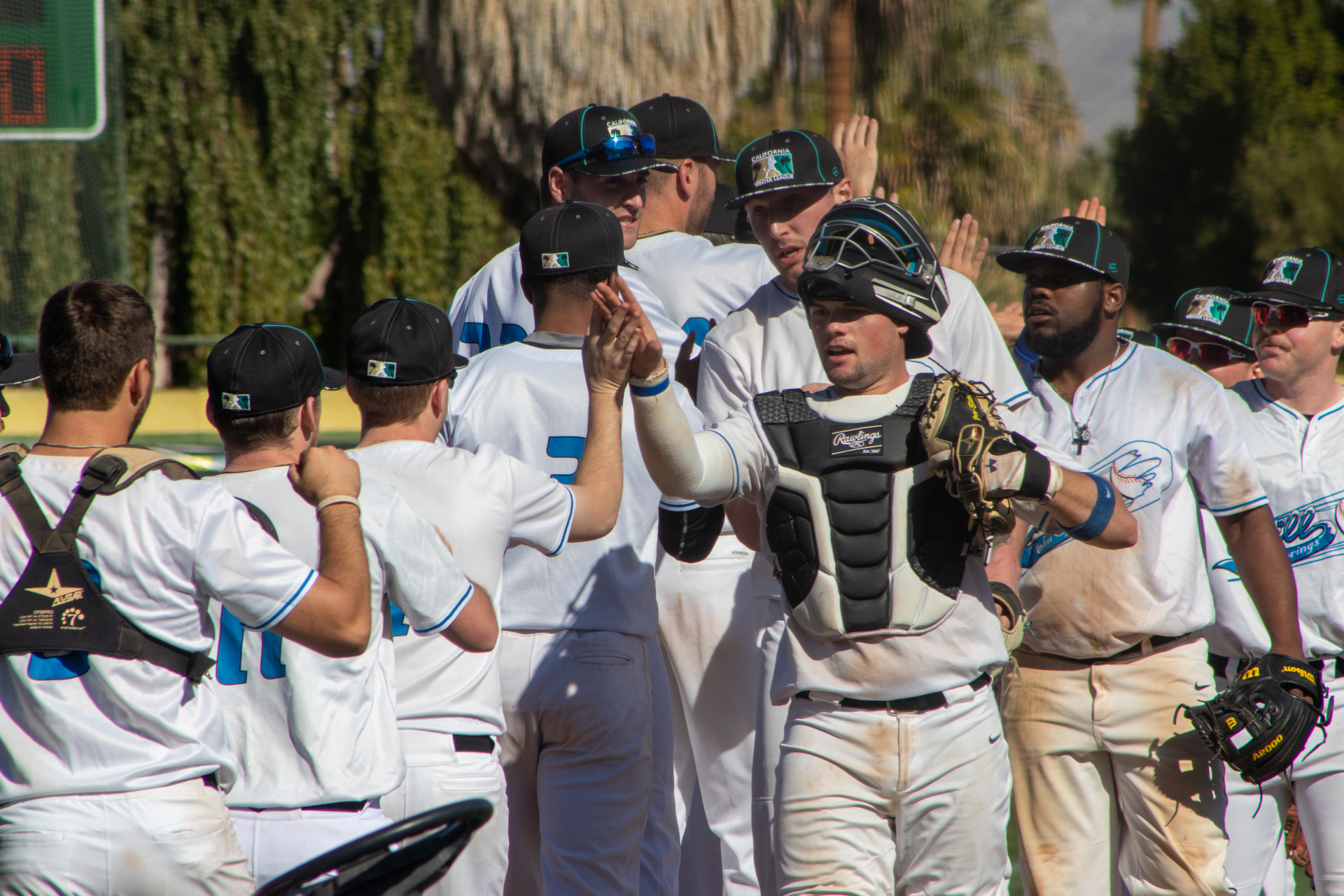 The Palm Springs Chill defeated the British Columbia Bombers 2-1 in the first game at Palm Springs Stadium. Neil Uskali and Lachlan Fontaine combined to retire the first 12 Bombers, Juan Simmons Ganzaroli led off the fifth inning with a single to end the combined perfect game. Denzel Johnson’s RBI double in the fourth started the scoring for the Chill, and Jake Luce’s RBI single in the fifth extended their lead. The Bombers lone run scored in the sixth on Taichi Takubo’s RBI single. Keaton Sullivan struck out a pair and retired the Bombers in order in the seventh to end the game.

In game two at the stadium, the Alberta Grizzly defeated the Palm Springs Power 4-3. After the Power scored on a bases loaded walk in the first, the Grizzly took the lead in the second. Parker Coleman scored on a dropped third strike to tie the game, and Champ Davison’s RBI single gave the Grizzly the lead. In the fourth, Ayumi Nakamura’s sacrifice fly and Davison’s RBI double extended the Grizzly’s lead to 4-1. In the fifth, Derek Bangert hit a solo home run to cut the deficit to 4-2. Landen Barns also tripled in the inning and scored two batters later to round out the scoring.

The Canada A’s defeated the Washington Blue Sox 6-4in the first game on the Auxiliary Field. Riley Mihalik, Jordan Williams, Greg Pickett, and John Toppa all drove in runs to give the A’s a 6-0 lead after five innings. The Blue Sox scored their four runs in the fifth. RJ Williams drew a walk with the bases loaded to put Washington on the board. Kiki Kishi hit a two-run single, the final run scored on a throwing error to round out the scoring.

The Oregon Lumberjacks defeated the Manitoba North Stars 7-5 in game two on the Auxiliary Field. Manitoba got off to a hot start scoring four runs through the first three innings while Neil Lang opened the game with three no-hit innings. Tyler Reis hit a solo home run for the North Stars, while TJ Riles doubled and tripled. Miguel Pimentel doubled and tripled for the Lumberjacks in the win while Shoji Murayama earned the win.

Friday at the California Winter League is Canada Day. Canadian Residents get in for $3 with a valid ID. The Grizzly take on the North Stars at 10 AM followed by the Bombers and A’s at 12:30.