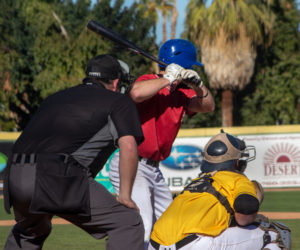 Friday morning’s game on the Auxiliary Field showcased the Oregon LumberJacks vs. Palm Spring Chill. The LumberJacks jumped to an early 1-0 lead, and notched another four runs bringing the score 5-0. The Chill came into the fourth inning,  putting up a three spot on the scorecard after a huge double by Matthew Lillard. In the next frame for the LumberJacks, pinch hitter, Matt Feinstein came to the plate and blasted a solo shot to centerfield bring the score of the game to 8-4, before the Lumberjacks scored one last time in the final inning bringing the conclusion of the game to a score of 9-4.  Mason Alexander recorded the win for the Jacks.

Northstars get by Grizzly With a Big Fourth Inning

The first game of the day at Palm Springs Stadium featured the Alberta Grizzly and the Manitoba Northstars. The Grizzly took an early 1-0 lead when Champ Davison scored from third on a dropped third strike. Both teams were held scoreless after that until the bottom of the 4th when the Northstars broke through with three runs giving them the lead, 3-1 thanks to a 2-run Greg Vaughn double. The Northstars added two more runs in the bottom of the 5th making it 5-1. The Grizzly tried to mount a comeback in the top of the 7th with a 2-run homerun off the bat of Jonathan Brandt to cut the deficit to 5-3. That is all the closer the Grizzly would get with the final score 5-2.

Be sure to catch more CWL action tomorrow at 10:00am and 12:30pm at Palm Springs Stadium. Saturday is $2 Beer day featuring $2 Bud and Bud Light drafts. 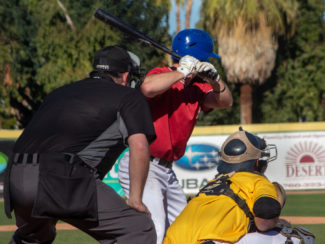