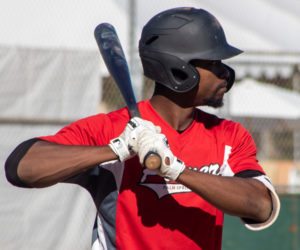 The Washington Blue Sox defeated the Canada A’s on the Auxilary Field 11-5. The game started with two home runs and a triple in the first frame for the Blue Sox. It was followed it up with a seven run third inning. Joseph Fernando homered twice for the Blue Sox. The A’s scored their five runs between the fourth and sixth. Austin Shea of the Blue Sox earned the win for the Blue Sox.

In the first game at Palm Springs Stadium, the Palm Springs Power defeated the Manitoba North Stars 11-3. The Power scored one in the second and third, before exploding for eight runs over the next two innings. Manny Jefferson finished the day 2-for-4 with a double, three RBI’s, and three runs scored for the Power. Landen Barns added three hits and three RBI’s in the win. Ethan Rosebeck scattered four hits over five scoreless innings with six strikeouts to earn the win.

In the afternoon game at Palm Springs Stadium, the British Columbia Bombers defeated the Palm Springs Chill 5-2. Tristan Graham drew a bases loaded walk in the top of the fifth to tie the game for the Chill. The first two Bombers reached to open up the bottom half, and two batters later, Juan Simmons-Ganzaroli hit a game-winning three-run home run. Shin Takayama picked up the save for the Bombers after retiring the side in order in the seventh. 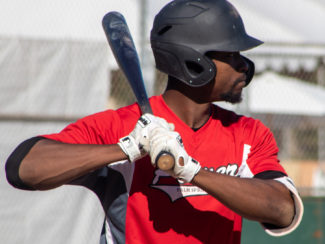