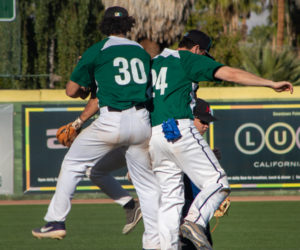 Kokoro Aomatsu and Cory Wills drew back to back walks to begin the bottom of the first inning for the Palm Springs Chill against the Manitoba North Stars.  After a wild pitch advanced them to second and third, Jake Luce singled them home to make it 2-0 Chill.  They did not look back in a 4-2 victory.  Kevin Hahn pitched four solid innings in his start for the Chill, giving up just two runs off four hits, and striking out four. Ko Motomura tossed a shutout inning in the fifth and Keaton Sullivan came on in the sixth and completed a six out save. Click here for Box Score

The Oregon Lumberjacks scored seven runs off eight hits, including six singles in the top of the first and did not look back in an 8-3 victory over the Alberta Grizzly.  Tully Allen led off the game with a single and stole second.  With one out, Miguel Pimentel, Mason Krueger, Thaddeus Phillips, and Matt Feinstein hit four straight singles to make it 2-0.  Sam Troyer then came up with the bases loaded and hit a three-run triple, making it 5-0.  Cal Fazzio singled home Troyer and Hirofumi Ohtsuka doubled home Fazzio, giving the Lumberjacks a 7-0 lead. They would hang on to win 8-3. Click here for Box Score

In the morning game the British Columbia Bombers took on the Canada A’s on the turf field.  The British Columbia Bombers jumped out to an early lead by the third inning with a score of 6-0 with the help of Joseph Rivera’s 11 strikeouts over five innings.  The Canada A’s scored their runs of two in the fifth and four in the seventh before the game ended in a tie.  Great battle put up by both teams in an evenly matched contest. 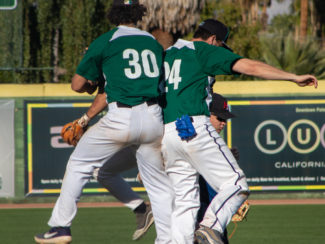