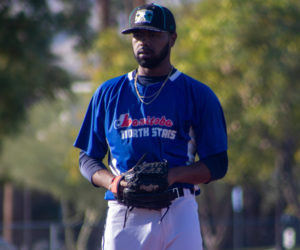 In the game of the day on the Auxiliary Field, the Manitoba Northstars took down the Palm Springs Power 4-1. Kyle Grant did not allow a hit over six scoreless innings for the Northstars, he walked two and struck out 11. Grant retired 17 of the 19 Power hitters to come to the plate, including 14 in a row at one point. Greg Vaughn Jr doubled twice and scored a pair of runs and Navari Julius had three RBI’s for the Northstars.

Lumberjacks Score 8 in 7th to Walk-off on Grizzly

The Oregon Lumberjacks started off the scoring with a run in the bottom of the opening inning to make the score 1-0 early. After two scoreless innings, the Lumberjacks doubled their lead to 2-0 in the bottom of the 4th. Another scoreless inning would follow before the game shifted momentum. The Grizzly notched five runs in the top of the 6th with a scoreless bottom half to take the lead 5-2 heading into the final inning. A wild seventh started off with four runs in the top of the 7th by the Grizzly to extend their lead to 9-2. The Lumberjacks then countered with eight runs of their own in the bottom of the 7th to earn the walk-off victory 10-9. Tully Allen played hero in this one with a 3-run double to win the ballgame. 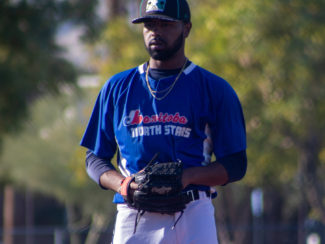