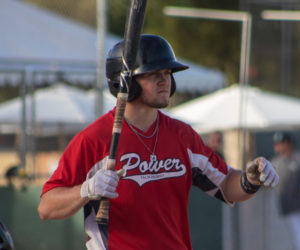 In the only game on the Auxiliary Field, the Palm Springs Chill took down the Oregon Lumberjacks 7-5. Oregon struck for three runs in the first, two on Miguel Pimentel’s triple. The Jacks led the game 4-3 into the fourth, when the Chill scored two to take their first lead. The Chill put the game way with two runs in the bottom of the sixth. Jake Luce finished the day with a pair of RBI’s for the Chill in the win. Tully Allen and Jonah Dean-Hargroves both had three hits in the loss.

In game one at Palm Springs Stadium, the Canada A’s defeated the Alberta Grizzly 13-11. The A’s struck first by scoring seven in the top second, but the Grizzly answered with eight in the bottom half. The A’s trailed 11-9 going into the sixth before scoring four times to take the lead. Arias Smith finished the day 2-for-4 with a triple, a walk, an RBI, and two runs in the win for the A’s. Riley Hickerson was 3-for-4 with two RBI’s, three runs, and a steal in the loss.

In the afternoon game at the stadium, the Palm Springs Power defeated the Washington Blue Sox 12-7. After the Blue Sox scored seven in the top of the first, the Power scored four in the bottom half, then six in the second to take the lead. Palm Springs later added a run in the fifth and sixth. Tristan Baker came on in the second for the Power and finished the game. He allowed just three hits and a walk while striking out 10 over six scoreless relief innings to earn the win. Offensively, Brett Young singled twice, walked twice, drove in a run, scored three times, and stole four bases for the Power. 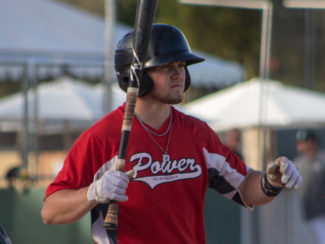