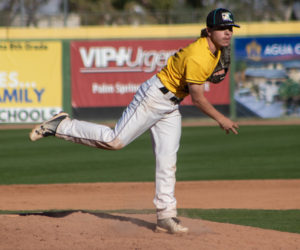 Game one on the first day of February goes to the Alberta Grizzly over the Palm Springs Chill.  The Grizzly scored in all innings besides the first and seventh with the help of six RBIs off the double and grand slam bat of Jonathan Brandt.  He got some back up help from an inside the park homerun from Parker Coleman.  Giving the Alberta Grizzly a win and a final score of 9-4. The win to Donnie Speranza the knuckle baller.

Lumberjacks Defeat North Stars in Back and Forth Game

The Canada A’s and the British Columbia Bombers did battle in game two of the day at Palm Springs Stadium. The A’s scored two runs in the top of the 1st to take the early 2-0. Neither team would score again until the bottom of the 4th when the Bombers added five runs to take the 5-2 lead. The go-ahead RBI single came off the bat of Noah Lashley who came around to score later in the inning. Lashley then went onto the mound to pitch two perfect innings and earned the save in the Bombers 5-2 win over the A’s. 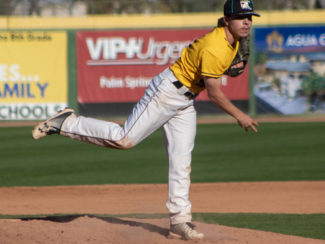