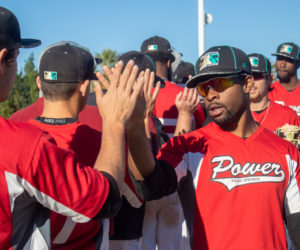 The Palm Springs Power followed a game one shutout by the Grizzly with a shutout of their own over the Canada A’s in game two  of the day. The first two innings were scoreless before the Power finally broke through in the bottom of the 3rd. Denz’l Chapman got the scoring started with a two-run home run over the right field wall. John Tuttle another pair of runs thanks to his two-run double to make the score 4-0. That is how the game would finish after Ethan Rosebeck settled in to go five innings in his start recording eight strikeouts. 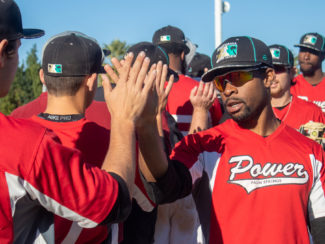