Riles Hits for Cycle as Northstars, Lumberjacks, and A’s Win on Day 19 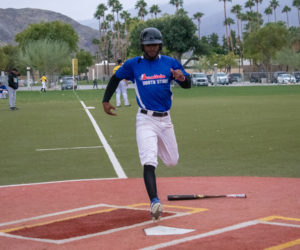 Monday morning game on the auxiliary field faced the British Columbia Bombers against the Manitoba North Stars.  The finishing score of the game was 20-0.  The big headline from the field was TJ Riles day at the plate.  He went 5 for 5, hitting for the cycle (1B,2B,3B, HR), 9 RBI, 4 runs, he also completed the cycle while adding another homerun.  A two-run homerun and three-run homerun.  The win goes to Tyler Vogel.

The Oregon Lumberjacks used a three-run first and a three-run third inning to snap their five-game losing streak and hand the Palm Springs Chill their second straight loss with a 7-0 victory.  The route began when Tully Allen reached on an infield single to lead off the bottom of the first.  With two outs, he came in to score when Mason Krueger reached on an error.  Matt Feinstein advanced Krueger to third with a single.  Feinstein then stole second and advanced to third on a wild pitch, which also scored Krueger.  A single by Sam Troyer scored Fazzio.  The Lumberjacks used a total of four pitchers to complete the shutout while the Chill saw Kevin Hahn toss all six innings and strike out three.

The Canada A’s overcame leaving the bases loaded in the three odd numbered innings and scored multiple runs in each off the even numbered innings on their way to an 8-5 victory over the Alberta Grizzly.  After the Grizzly took a 1-0 in the top of the second.  A’s starter Kyle Taylor settled in and struck out three in a row to get out of the inning.  It was all A’s from then on as they built a lead of 8-1 after the sixth.  Taylor finished the day with nine strikeouts in six innings of work.  The Grizzly scored four times in the top of the seventh against the A’s bullpen and had the bases loaded with two outs and the go ahead run coming to the plate.  Colin Gregory then flew out to left field to end the game, giving Taylor his first victory of the season. 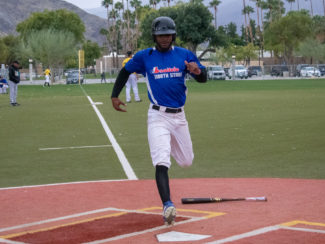