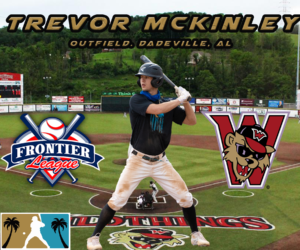 The Washington Wild Things of the Frontier League have signed OF Trevor McKinley out of the California Winter League. Trevor played college ball at Marion Military Institute, Lurleen B. Wallace,  Nicholls State, Martin Methodist. He is known as an athletic power hitting outfielder. Trevor also attended the Power Summer Collegiate League in 2019 and 2020 before playing in the United Shores Professional Baseball League in the summer of 2020. Now, McKinley looks for continued success in the Frontier League in 2021 with Washington. Everyone at the CWL wishes Trevor success as he continues to climb the ranks of professional baseball.

What the New MiLB Alignment Means for Players