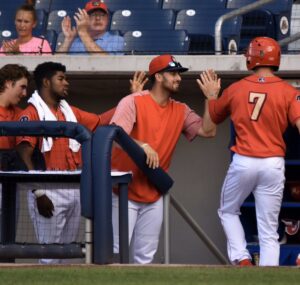 2016 California Winter League alum Joel McKeithan has been named the Assistant Hitting Coach for the Cincinnati Reds. Previously, McKeithan had been the Minor League Hitting Coordinator for the Detroit Tigers. McKeithan was a member of the Toronto Rush during the 2016 CWL season after attending Vanerdbilt University and NC State. He went on to play in the Frontier League for the Southern Illinois Miners, the Gateway Grizzlies, and the Lake Erie Crushers before beginning his coaching career. Story below:

After conducting interviews throughout November, the Cincinnati Reds hired Joel McKeithan as their assistant hitting coach and finalized their Major League coaching staff for the 2022 season Monday.