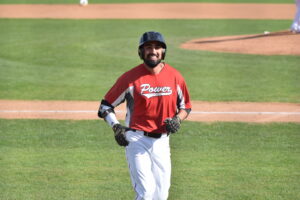 The Bombers got on the board in the first inning when Blake Freeman’s sac fly scored one run for British Columbia. They later scored three more runs in the fourth, thanks to a Freeman and Dre Jones single, and a double by Andrew Caulfield.

Yu Sato started and won the game for the Bombers. He allowed two hits and zero runs over two innings, striking out five and walking one. Max Peterson and Kevin Kirley entered the game out of the bullpen and helped close out the game in relief.

Kevin Roberts took the loss for the Jacks allowing three runs on four hits and striking out two over three innings.

The Power got back on track on Friday with a win to improve to 4-2. Brice Foster dominated on the mound for the Power. The starter went five strong innings tallying 4 strikeouts along the way. He would only give up two hits as he cruised to his league leading third win on the season. Tavis Brunson delivered a long two-run home run for the A’s in the sixth inning. However, the big blast was not nearly enough for them offensively. The six through nine hitters for the Power provided the offense needed, as they scored seven runs on seven hits. In total, the Power would plate nine runs en route to their fourth straight victory.

Tomorrow, Saturday January 29th, will be $2 Beer Day at Palm Springs Stadium with two games beginning at 10:00am and 12:30pm. Bud and Bud Light Dratfs will be $2 all day long so come out for fun in the sun and suds this Saturday and every Saturday during the CWL season!

Bombers and Grizzly Victorious in High Scoring Affairs on Day 7 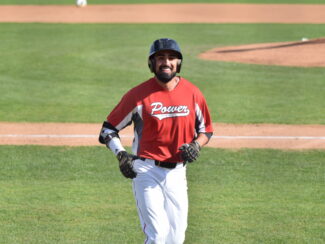