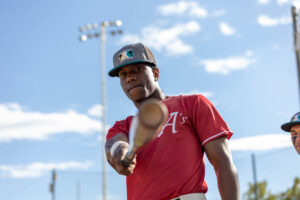 A four run lead in the second inning was just enough for the A’s to hold off the Grizzly for the victory. Alberta scored four runs in the failed comeback on a double by Kole Renken in the fifth and a two RBI double by Nick Kreutzer in the seventh.

The A’s took an early lead in the first inning, scoring four runs thanks to RBI singles by Chris O’Neal, Tavis Brunson, Colten Trager, and Eddie McCabe. Collier Rutledge added another run on a single in the bottom of the second inning. The A’s would not score again until the bottom of the seventh thanks to a leadoff triple by Travious Ford. DeJhard Kimbrough hit the walk-off RBI single to lead the A’s to victory.

Mitchell Senger started the game for the Grizzly allowing five runs on eight hits, striking out two and walking one over two and two-thirds innings. Takura Fujisawa took the loss for Alberta allowing two hits, and the walk-off run through one-third of an inning.

With two outs in the sixth innings the Lumberjacks scored two runs on a Nick Giambalvo single. Christian Kuzemka singled and a run scored on an error. Greg Vaughn Jr. hit a two-run single.

Juan Martinez started for the Chill and took the loss after allowing seven hits and three runs over four innings. Hokuto Kanai pitched in relief allowing four hits and six runs over one and two-thirds innings pitched.

Michael Bono started for the Jacks and was lights out. He earned the win during his three and a third innings of work allowing no hits or runs and punching out seven batters. Roberto Baldenebro came in relief and threw three and two-thirds innings allowing four hits, three runs, two walks, and striking out four batters.

Join us tomorrow, January 30th, for Family Day! All tickets are just $2 every Sunday at the California Winter League for Family Day, brought to you by Jack in the Box! 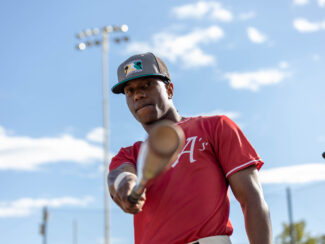