Chill and Lumberjacks Collect Wins as Defense Shines on Day 12 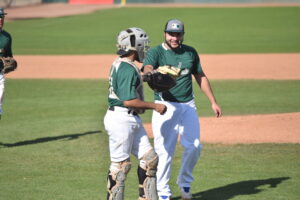 The Chill got things started in the first inning when Gavin Jones singled, scoring one run. The A’s would even things up at one in the bottom of the first when Kolton Kendrick grounded out, scoring the tying run. The Chill pulled away for good with two runs in the third inning thanks to a Bill Pearson, two RBI double.

Corby McCoy was credited with the victory for the Chill in his best performance of the season. McCoy went six innings, allowing one run on four hits, striking out five batters. Hokuto Kanai threw one inning in relief out of the bullpen, recording the last three outs to earn the save for the Chill.

It came down to the wire on Tuesday, with the Oregon Lumberjacks (5-4) taking victory on a dramatic walk-off error in the late innings that sealed their victory over the Alberta Grizzly (4-4).

The Jacks entered the bottom of the seventh down 3-1. Christopher Baker would get things started with a first pitch swinging homerun to cut the lead down to just one run. Kadrian Russ would hit an RBI double to tie the game at three. Drew Thomas walked off the game thanks to an error by second baseman Jacob McInnis.

Kevin Roberts started the game for the Jacks, and lasted three and two thirds innis, allowing three hits and two runs. AJ Shaw threw two and a third innings in relief out of the bullpen. Adrian Sanchez earned the victory on the pitcher’s mound. The righty lasted one inning, allowing no hits or runs.

Jackson Dekker started the game for the Grizzly, allowing four hits and one run over six innings, striking out two and walking one.

This is the third walk-off in the 2022 CWL campaign and the second time the Grizzly have been walked off since Saturday, Jan. 29 against the A’s. The Grizzly won via the walk-off against the Bombers on Sunday, Jan. 30.

Join us at Palm Springs Stadium tomorrow, February 2nd for two more CWL games at 10:00am and 12:30pm! Tickets start at just $10 for Adults and $8 for Seniors. 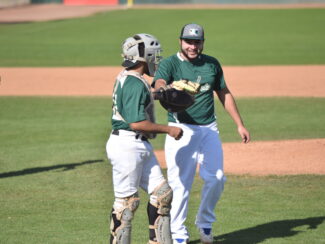