POWER and Bombers Blast Past Competition on Day 14 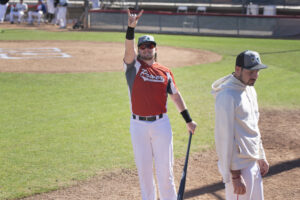 Palm Springs Power fired up the offense in the second inning. An error scored one run for the Power. In the bottom of the second inning, the Jacks tied things up at one thanks to Dontavious Dickey’s solo home run.

The Power pulled away for good with three runs in the third, thanks to Andrew Gaytan’s single scoring a run and Gavin Johns’ single scoring the second run of the inning and he would later steal home for the final run the Power needed for the win.

Brice Foster was the winning pitcher for the Power, after surrendering three runs on six hits over five innings, striking out six. Jacob Espitia threw two innings in relief and recorded the last six outs to earn the save for the Power.

Jack Silva took the loss for the Lumberjacks allowing six hits and four runs over four and a third innings, striking out five.

The Canada A’s (2-8) watched the game slip away early and couldn’t recover in a 8-0 loss to the British Columbia Bombers (7-3) on Thursday.

The A’s struggled to put runs on the board and had a tough time defensively with three errors and giving up eight runs on ten hits.

Luke Drummond started and earned the victory for the Bombers lasting five innings and allowing only three hits and punching out seven batters. Yusiaki Tanaka and Yu Sato entered the game out of the bullpen and helped close out the final innings.

Matt Jobes started for the A’s and took the loss. The lefty went two innings, allowing three runs on three hits and striking out two. 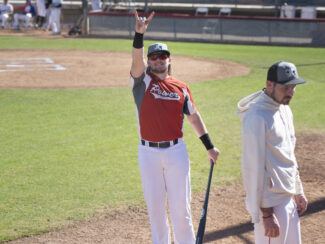