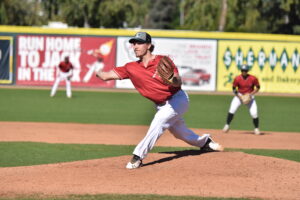 Jacob Espitia was the winning pitcher for Palm Springs. Espitia surrendered one run on two hits over four and a third innings, striking out nine. Samuel Kornstad threw two and two-thirds innings in relief out of the bullpen. Kornstad recorded the last eight outs to earn the save for the Power.

Michael Bono took the loss for the Lumberjacks. The righty went three and two-thirds innings, allowing four runs on three hits and striking out three.

Kevin Lenik started the game for the A’s lasting two innings, allowing zero hits, zero runs while striking out two. Ben West took the loss for the Canada A’s after going one inning, allowing four runs on two hits and striking out two.

Kevin Kirley earned the victory on the mound for the Bombers. The pitcher surrendered three runs on eight hits over three innings, striking out four. Yu Sato, Yasuaki Tanaka entered the game out of the bullpen and helped close out the game. Tanaka recorded the last five outs to earn the save for the Bombers.

Bombers and Chill Pick up Crucial Wins on Day 19 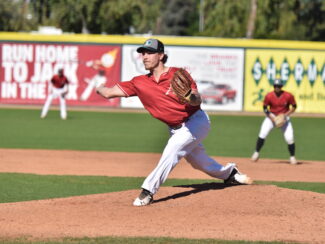